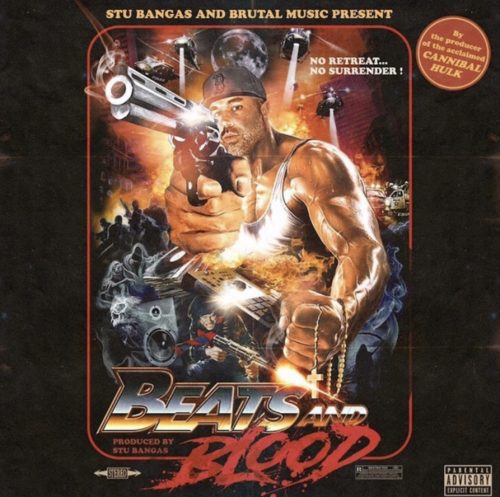 Stu Bangas is a producer from Boston, Massachusetts who’s been making a name for himself in the underground for decades now from his collaborative work from Philly beat-maker Vanderslice to producing projects for Esoteric & Ill Bill. However to kick off 2020, he’s surprising fans with his 2nd EP.

It all starts with “Open the Lane”, where Detroit’s very own Ty Farris comes through with some vicious battle bars over a dystopian beat. The next song “The Healing Remedy” by Vic Spencer talks about being someone you should idolize over a mellow beat while the track “Inherit the Earth” by Mr. Lif & Nowaah the Flood sees the 2 getting conscious over a suspenseful boom bap beat.

The song “Keeping Time” by Juga-Naut touches down on doing just that over a euphoric instrumental while the track “Gideon” is a vicious Watson & Holmes reunion backed with a suiting Recognize Ali verse. The song “Sound the Horns” by Verbal Kent talks about beefing over a boom bap beat with some perfectly incorporated trumpets while the penultimate track “Prayers Up” by PhybaOptikz speaks about his family over a futuristic-sounding beat. The EP then finishes off with the titular song, where Celph Titled gets murderous over an apocalyptic beat.

To kick off a new decade, it’s pretty solid. A few of the performances could’ve been better to me personally, but Stu‘s production is absolutely great. If you wanna see a beat-making veteran ringing in the new year on a high note, then give this a listen.