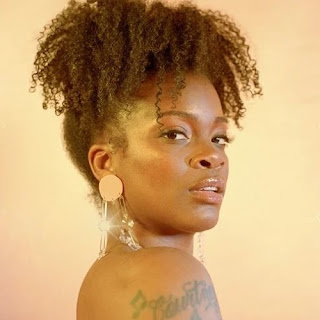 Summer has long since passed as we now feel fall’s brisk winds overtake the air forcing us to break out the heavier coats as we watch the leaves change right before our eyes. It’s this season where club music begins to take a back seat to a fuller sound accompanied by a variety of voices and slower tempo’s. Music that matches the changing of the season, offering a different vibe as hot drinks begin to surge in sales.

It’s this thought that lead me to checking out a series on NPR known as the Tiny Desk. The setup of these intimate concerts is as follows, take an artist that many may like and or know and give them a place to perform unplugged. By stripping away all the extras on the record, what you’re left with is just a band and the soul of the artists themselves. The rawness of their lyrics are the main attraction in these series of mini concerts which consists of 4-8 songs within a 15 to 30 minute set.

Just browsing through this series I came across an artist who I was introduced to last year briefly by the SoulTrain awards, Ari Lennox. Something about her music stood out, I wasn’t sure if it was her voice or just her style but upon hearing this Tiny Desk performance it became clear. It was her overall essence which made her presentation seem just so natural as opposed to gimmicky. Beginning her set list with the song “Speak to Me” the rawness and “vulgarity” of her lyrics only add to her authenticity as an artists. By refusing to censor her songs it gives a more open view of an artists who willing to tell you everything with no fear of holding back.

Interacting with the audience in between songs gives the viewer the feeling of actually being there as opposed to just watching it on a screen. From “Speak to Me” she transitions into a song aptly named “Pop” where she sings about if she’s willing to give herself to you, you’d better be willing to commit to her which in todays world is quite refreshing.
“New Apartment” is my personal favorite out of her 4 song set as the song shows how you can make music just off the appreciation of enjoying a space you can call your own. Her banter before this song is funny as she makes this appear to still be somewhat of an aspiration she’s still trying to fulfill. It’s a calming vibe regardless of the reality of that situation. The last song is called “Shea Butter Baby” which is a love song to all brown skinned women regardless of shade. The feelings behind this one is a message that needs to be highlighted more especially in this current climate.

As fall turns to winter, this series and these artists are definitely in a position to get more ears their way, the season almost requires it as the days get shorter, the nights get longer and the music aims to warm your soul as the temperatures become colder.