Originally from Denver, Colorado, Richie Wallace AKA Small Hands immediately fell in love with Hip Hop back in the early 80’s. “Hip Hop was the only music that piqued my interest”. During his school years Hands became consumed with writing, specifically with poetry. He attributes Naughty by Nature, specifically the style, flow, and deliverance of Treach to his birth of creating rhymes and raps in 1993. It wasn’t until the late 90’s that Hands decided to invest in writing and recording music for the world to listen, become familiar, take note, and become fans! In the beginning of 2000 Hands began to perform locally in the Denver scene. It was after his very first performance that he declared to develop his passion and love of music and Hip-Hop into a career. Hands joined a four-man crew/group that released several Indie albums between 2000-2006. During that period Hands toured Denver in its entirety. Between touring and listening to the music of Atmosphere and Eyedea there was a new feeling and emotion that ignited a driving force to move forward and focus on a solo career. He released his debut Indie album and continued to tour, this time as a solo artist across the states along-side live bands. It was evident with his striking, unique voice intertwined with his word choice, style, and introspective, profound messages that Hands solo career gained instant momentum. In 2009 he released his sophomore album “A Week and 27 Records”, and went on to release hit singles such as “This is Our Colorado”. His hard work led to the success of being signed to Colorado’s independent label, Universal Language Entertainment, distinguished member and active emcee of Grind Mode Cypher, and countless media publications, appearances, and international radio exposure. Hands credits Wu-Tang, Eyedea, MF Doom, Atmosphere, and Brother Ali as well as Hunter S. Thompson, Mitch Hedberg, and Bob Ross as both influences and musical inspirations that keep him grounded, focused, and motivated. Throughout his career he has shared stages and arenas with Kool Keith, Abstract Rude, and Afu-Ra just to name a few. Hands most recent hit single, “Together” is currently making waves. To date, a solo Small Hands album is on the works, as well as a 21-track group album with the rest of the artists on Universal Language Entertainment. 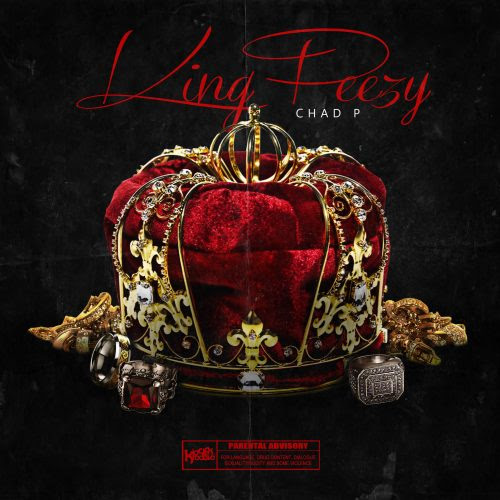 Atlanta is a hotbed for Hip Hop, home to some of the most prolific artists of in the last two decades. Chad P comes through with his newest album, “King Peezy,” and with it, an attempt to carry on that Dirty South legacy.If you are a fan of smooth flows and heavy 808 kicks, “King Peezy” might be right up your alley. One of the hardest things for a rising artist to master is meshing their flow to the beat. Chad seems to have zero struggle with this concept at all. Every song on the album is a display of near perfect timing and cadence, and it stands out clearly to me as a testament to his dedication to the craft. Nearly every hook and every verse is delivered with a buttery smoothness and comes together perfectly with its accompanying instrumental.Speaking of instrumentals, every track on the album is distinct and robust. Nothing feels hollow or underdeveloped. Each detail, from the hi hats to the kick drum, to the synths and the melodic ensembles, all has an important influence on the… 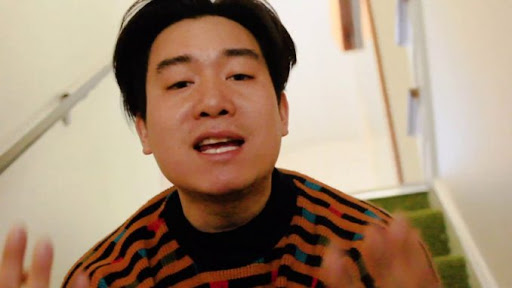 Fat Panda Tuan is an emerging Maryland rapper with a witty style and new music video, titled, “Atari”. A video game inspired visual praising the classic 80s game console. Produced by Alexx, Tuan raps about the popularity of his Japanese culture with slick raps and braggadocious hook. “Atari” was originally released in 2019. The video was directed by Bruke Fasil.Watch “Atari” now. 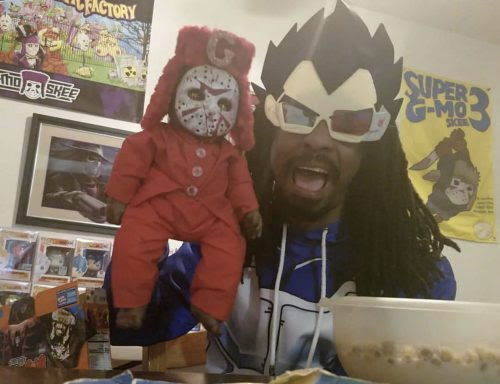 Richmond‘s very own G-Mo Skee drops his 2nd video of the month with the humorous “Draggin Balls”.

4 Reasons Why Your Business Needs Credit

Reading Time:3minutes When Nav conducted a survey of small businesses in 2015, 82% of respondents didn’t know how to interpret their credit score, while 45% were unaware that their company had one in the first place. Despite that, credit is essential to business success at all stages of growth. Even if you’re still in the process of […]The post 4 Reasons Why Your Business Needs Credit appeared first on Entrepreneur Business Blog. 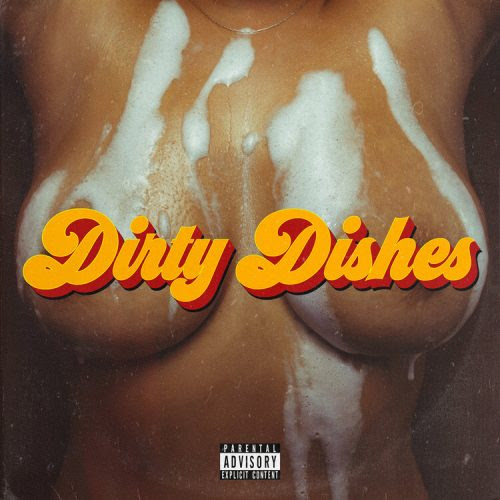 Daniel Son is an emcee from Toronto, Canada who’s been going at it since 2016 with his debut mixtape The Gunners. His sophomore album Yenaldooshi that came out last summer would go onto become his magnum opus & it was followed up 4 months later with Moonshine Mix 2. But to kick off his 2020, he’s teaming up with Finn for Dirty Dishesexclusively on Gold Era Music’s website.The album kicks off with “Fly Decorum”, where Daniel talks about being a legend over an instrumental kin to a blaxploitation film. The next song “Hit the Switch” with Asun Eastwood sees the 2 talking about those “trying to replace what we stole” over a spooky instrumental while the track “Foreign Chauffeur” with Rome Streetz sees the 2 reminiscing on growing up in the hood over a mournful boom bap beat.The song “All Nighter” with Rob Gates sees the 2 getting mafioso over a mellow instrumental while the track “Cherry Beach” talks about his team being hungry over a somber piano instrumental. The song “Money Train” … 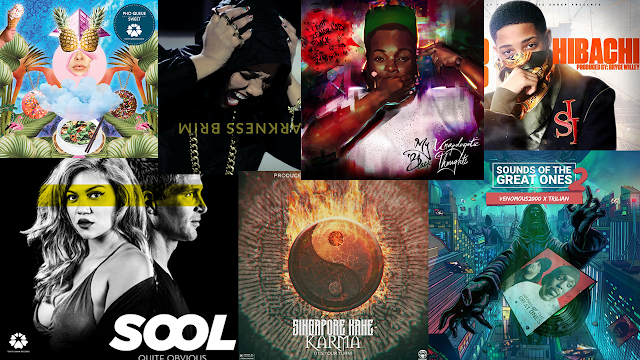 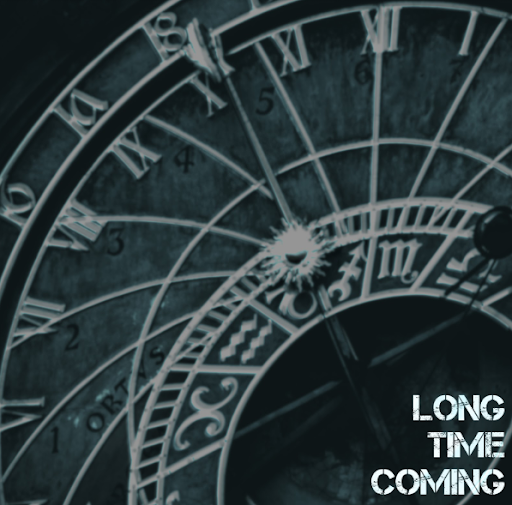 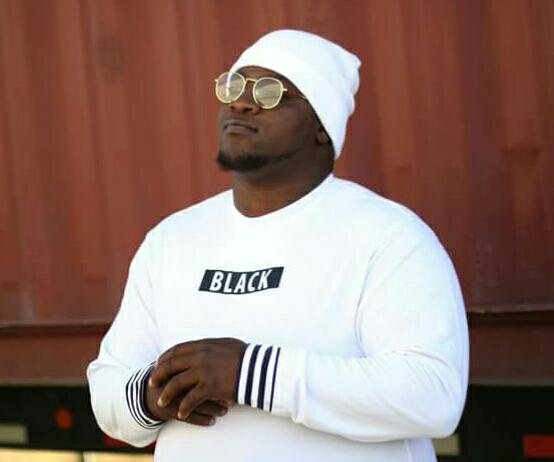 "Do what makes you happy in the music never ever listen to the negative learn how to use it to self motivate yourself." @Mance Makall

Mistah Wilson: Yo, Mance Makall! We're honored to have you here with us for this exclusive interview with ThaWilsonBlock Magazine! What's been going on wit cha?
Mance Makall: Been working and grinding. Everything is great!

Mistah Wilson: Alabama in tha house, man we gotta show some hospitality. Can you give us a quick background on yourself?
Mance Makall: Ok cool. I'm from a town small town in Lowndes County called Hayneville. Love music since a kid until it turned into a habit.

Mistah Wilson: What was it like growing up in Hayneville and how has it impacted tha artist you've grown to be?
Mance Makall: It wasn't easy coming from a place where there are little who dare to dream and dare to believe but it made me strong as an artists I always felt like I had to go harder and harder I elevated cause people hated. 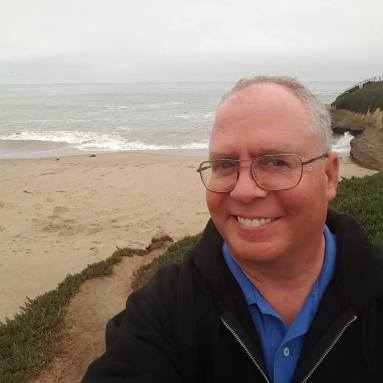 "My rewards are that I get to complete something that people might enjoy but will ultimately be a unique body of work. Money is part of that, but the joy truly is in the creative process to me." - M.K. Gray
Mistah Wilson: Greetings, M.K. Gray! We are honored to have you here with us for this exclusive interview with ThaWilsonBlock Magazine. How ya' been?
M.K. Gray:Fantastic, thanks for asking!

Mistah Wilson: For our audience reading this, would you mind giving us a quick background on yourself?
M.K. Gray:Grew up in Santa Cruz & Watsonville, CA. My creativity started as everyone's does at an early age... I cartooned and came up with little stories. As I grew older I also drew to songs as we always had music in my parents' house. I was not good at instruments, but I nurtured my language skills and then started writing poetry, acting & performing in a music show in High School. That turned into writing songs with friends and we co-wrote and started in a musical … 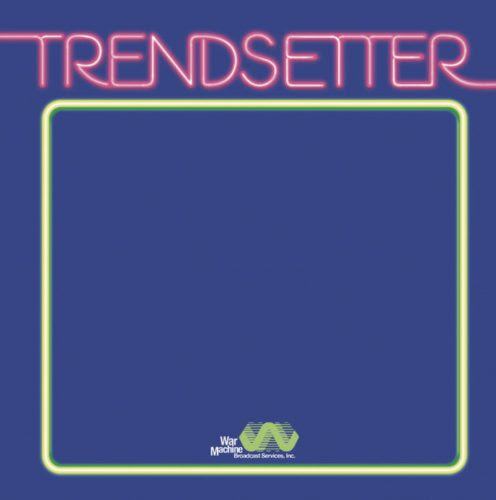 This is the 3rd EP from Phoenixville, Pennsylvania veteran Vanderslice. A man that made a name for himself by producing for the Army of the Pharaohs on numerous occasions since the mid/late 2000s & just last spring, he produced Diabolic’s 3rd album Collusionin it’s entirety & that has quickly become my 2nd favorite release of his. But as the 2nd quarter of the year is starting to begin, Vansleazy’s hitting us with Trendsetter.After the intro, the first song “ Cold Winter” by Vic Spencer is a minute & a half of witty battle bars over a grimy instrumental. The next track “Christmas Night Heist” by Ty Farris talks about being from Detroit over a tense boom bap beat while the song “Barry White Shit” by G Perico talks about ballin’ over an organ. The penultimate track “Puzzles” by Daniel Son gets on the mafioso tip over an intoxicating beat & then before the outro, the closer “Shell Casings” by Capo talks about killing his competition over an suspenseful instrumental.Vander…