Hail To The Chief, an Interview with George Kush by Jhantu Randall

Posted by Mistah Wilson on September 13, 2018
If you ever find yourself driving down highway 7 in Spanaway on a Friday night, chances are you

know about the Y Sports Bar. If you stop in, you’ll notice a big guy who hosts the shows and works as the house DJ for this bar. His name? George Cain, aka George Kush.
He’s the kind of person you’d want representing your establishment. With a steady path and a sure gesture, George has a connection with every patron he greets that seems to go beyond what you would normally think. If a bar is a meeting place than George Cain is one of many draws that keeps the people coming back. Now when the lights shine and the turntables are set, grabbing the mic to kick off the show, we meet the rapper, entertainer and businessman, George Kush. Under this moniker, Cain amplifies his already inviting personality into an aggressive spitter who’s writing dives into mindset of a man who is doing all that he can to rise while questioning his own demons and notions of what it means to be a success in this competition. From questioning death to uplifting the audience to live who they are and spread positivity in even the seemingly most insignificant moments, the honesty in which he speaks on this duality is guaranteed to stay with any listener long after that nights show has ended.

Originally from Memphis, Tennessee by the way of the DMV on the east coast as he told it to me, Kush was born on the Millington Naval base. His father served in the military, so as a result George and his family moved many times throughout his childhood. It’s these experiences which allows George as a performer, to be a man who walks amongst the people in a very relatable way. Always pushing to exude a sense of positivity Kush states, “I try to make somebody smile everyday. You gotta be aware of the kind of energy you draw around you.”

his music. He draws from his own ideology and allows the audience to share in his progression. Going from being a religious person to a spiritual one it leaves his the room to question the dogma within the doctrines while at the same time, practicing the core belief of do unto others as you’d want them to do unto you.

When it comes to Kush’s craft, he’s always striving to explore his truest feelings within the bars that he writes. Nothing against the wave of “mumble” rappers that has dominated the airwaves, but he states, “You always got to keep pushing yourself. You can’t be the same stale artist year in and year out. I’ll be real with you, those aren’t the people I want listening to my music anyways.” Tapping into his southern roots, Kush carries a very eclectic pallet when it comes to music, from rock to metal, R&B to down home Blues each genre plays a part in his music because every sound carries a frequency and an intended feeling. As he writes his songs he usually has a concept already in his head, he’ll write the lyrics and wait for the right beat to bring a particular verse out. It’s through this process that the audience can feel what he’s spitting because through sharing his own honest experiences he can reach what others are experiencing in their lives.

Also among some of the many acts associated with Gerald Beamon and Crown the Kings I can see what it is that links so many of these artists together. Although traveling in different lanes which they continue to carve for themselves, its the authenticity to their audience and the promise to stay true to

themselves at all costs that projects each of them to stand out. By living by their words, they can’t help but to propel others in their company to do the same.

George Cain aka G.W. Kush in association with 03 Entertainment are bringing Tech N9ne to Tacoma for the first time on Oct 19th. With the stars aligning, going from touring with Bubba Sparks to hosting Strange Music could be the spring board needed to launch Kush and 03 Entertainment into a stratosphere where only they see the destination.
george kush hail to the chief interview jhantu randall spanaway Y Sports Bar
Reactions: Location: 19306 Mountain Hwy E, Spanaway, WA 98387, USA
Mistah Wilson
Mistah Wilson specializes in helping artists, musicians, and entrepreneurs share their story through exclusive interviews and special features. 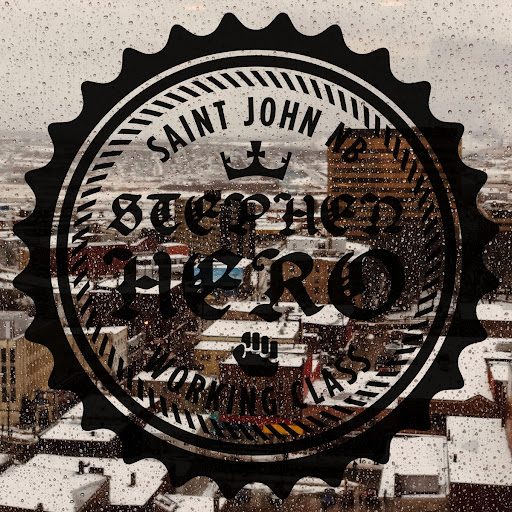