Posted by Mistah Wilson on August 17, 2018
After reports came in saying phrases like “gravely ill” and “Surrounded by family and friends,” the country awoke to news of Aretha Franklin, the Queen of Soul’s passing. At 9:30 this morning, at her home in Detroit, a voice that spanned 6 decades gave us all a final bow.

I’m not going to speak too deeply on this icons personal life as I have never even remotely crossed her path. For me, the mention of this icons name triggers memories of younger, seemingly more innocent days where I can recall her music being blasted on my parents radio during trips. Her voice always had the power to cut through any monotony of the day and uplift your spirits even if it only lasted 5 minutes or so.

Born in Memphis, Tennessee to a preacher father and a mother who was an accomplished piano player and vocalist, Ms Franklin relocated to Buffalo, New York and Detroit Michigan by the age of 5. Contrary to popular belief she was not abandoned by her mother as she states she saw her 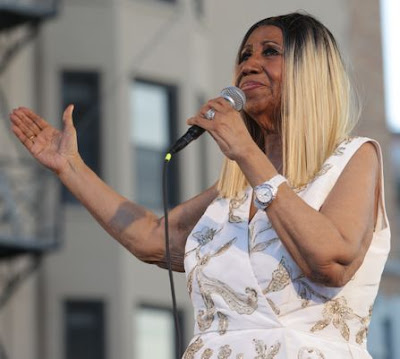 frequently before her passing just before Aretha turned 10.

Shortly after that, Aretha started singing solos at the New Bethel Baptist Church debuting with hymn “Jesus, Be a Fence Around Me.” Soon after that she signed to JVB Records and released a Gospel album entitled “Songs of Faith.” From there she travelled with The Soul Sisters. She toured with Dr. Martin Luther King at the age of 16, and in 1968 she sang at his funeral.

At the age of 18 she informed her father that she aspired to follow in the footsteps on Sam Cooke and make pop records. Helping her record a 2 track demo, she garnered the attention of Columbia Records. Her debut single with Columbia entitled, “It Won’t Be Long” peaked at number 7 on the Billboard Hot 100 charts. During this time she recorded in a diverse array of genres spanning from standards to vocal jazz from doo-wop to R&B. By the end of 1961 she was named “new star female vocalists” by DownBeat magazine. She found commercial success 6 years later after signing with Atlantic Records and hitting number 1 with her rendition of “I Never Loved a Man (The Way I Love You)” in 1967. Her signature song came later that year when she recorded a version of Otis Redding’s “Respect” which shot to number 1 on both the R&B and Pop charts. This lead to a string of hits including “Baby 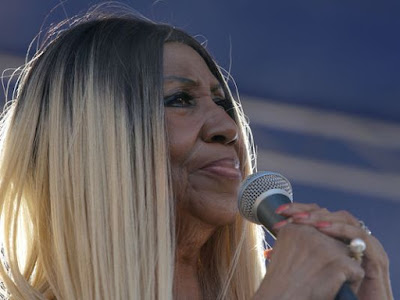 I Love You” and “(You Make Me Feel Like) A Natural Woman” which elevated her debut album to go gold.

Her reach expanded in the 1970’s with hits like “Spanish Harlem” and “Rock Steady” as well as receiving critical acclaim for her albums “Spirit in the Dark, Young Gifted and Black” and her Gospel Album “Amazing Grace.” Later meeting with Quincey Jones, her album bombed and by 1975 she was no longer a top seller. After leaving Atlantic, she signed with Clive Davis and had a career that constantly ran from 1980-2018. During that time she worked with everyone from George Micheal to Lauren Hill. In 2003 she released the album “So Damn Happy” which featured her grammy award winning song “Wonderful”.

To a woman who has reached the souls of countless people from all walks of life with her one of a kind power while influencing every subsequent generation that proceeded her, I just want to end this by saying rest easy. Answer the call and go reclaim your throne. Wear that crown you so rightfully earned and know that your time on Earth can be summed up in one word…Wonderful.
aretha franklin detroit icon jhantu randall legend musician native performer Queen of Soul respect rest in peace singer
Reactions: Location: Detroit, MI, USA
Mistah Wilson
Mistah Wilson specializes in helping artists, musicians, and entrepreneurs share their story through exclusive interviews and special features.